Heaven & Hell or The Astral Dimension? Where Do We Go?

Make no bones about it, this could be seen as a controversial blog post but I feel as though the question must be asked.

Where exactly does our consciousness go when we die?
This is a question that has longed for an answer ever since the beginning of humanity but it seems now during this time that we might actually be getting closer to the answer. Spirituality & religion are two terms that have a lot of the same meaning behind them but are interpreted as being two totally different things. Religion is seen as your association with a particular system of faith and worship. Spirituality is defined as the quality and individualism of finding one’s own life path.

Conventional religion makes it seem as this is a binary process, you either go to heaven or hell. I’m speaking in terms really of Christianity because that is the religion that I was most close to and the one that my friends and family members practiced. I could never connect with that line of thinking because I couldn’t see it as a decision that someone or something else made for you based on the life that you lived. I was always looking for a deeper or even a more simple explanation of what happens when we all die regardless of our religious affiliation. 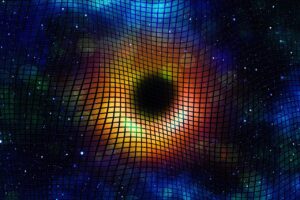 I don’t think I’ve known anyone in my lifetime, even reading about the most profound people ever to be 100% pure and divine. If anyone claims to be frankly they are lying. We all have flaws and we all make mistakes, does that mean that each one of us is judges on those and then sent to a lace according to that. It didn’t make sense to me even as a young child. It wasn’t until I learned about the astral plane or dimension that I was connected to a place that every soul could go after they pass away. It made more sense to me that all souls go there and then you are affiliated with souls that you are and have been connected with. When a baby is born the life they live is determined by their environment and their surroundings so to me it wouldn’t make sense that if they didn’t even know hell existed that they would end up there just because they didn’t practice the religion. There are over 4000 different religions practiced today and who is to say that one of them is the correct one.

This is an opinionated post and one that I know will make some people upset, especially ones that are close in my family but I know deep down that every soul when passing goes to the same place, the astral dimension. What happens after well…that is meant for another post that is related to the near-death experience.